Beautifully decorated staircases are a frequent theme of photo sessions and a must-see on the map for seekers of Praga architectural gems. The staircase with the beautiful spiral staircase at 38 Kłopotowskiego Street certainly has such a unique atmosphere.

The mentioned tenement house is the most valuable monument of Art Nouveau architecture in Praga Północ. The tenement house, built on a grand scale at the beginning of the 20th century, is considered to be one of the most beautiful in Warsaw.

In the 1840s, at this address and earlier at ul. 38 Szeroka, there was a brick tenement house of Berek Schuldberg. In 1905, the owners of the property were Izrael Galberg, who owned 56% of the shares, and his sons Osip Leib and Abraham Hanna, who received 22% each. In the years 1905-1912 a magnificent profitable tenement house was built in this place, according to the design of an unknown architect. When Israel died in 1918, his sons became sole owners. However, in 1920 in return for the debts of his brothers, Arnold aka Aria Szpinak bought the property. Until 1939, all apartments were rented by Jews. During World War II, the inhabitants were relocated to the Warsaw ghetto, and their apartments were taken over by new tenants. Although in recent years there have been heirs, the ownership of the tenement house has still not been clarified and since 1945 the building at ul. Kłopotowskiego 38 is administered by the capital city of Warsaw. On July 23, 2007, the tenement house was entered into the register of architectural monuments of the Masovian Voivodeship.

The tenement house has three three-story front elevations from Okrzei, Targowa and Kłopotowskiego Streets and six staircases, three representative and three utility ones. In the years 1945-1990 renovation works were carried out. In addition, the window and door woodwork were replaced, and the outbuilding and the facade of the yard were demolished. Unfortunately, probably in the 70s of the twentieth century, many beautiful and valuable Art Nouveau ornamental elements disappeared, including stucco and wooden floors made of nine types of wood.

How does it look now?

Currently, all three facades have a rich stucco setting. There are shops on the ground floor of the building and the façade is decorated with simple rustication. The storeys from 2 to 4 were connected with rusticated pilasters, while there are channels above. Additionally, you can see decorations in the form of flowers, buttons and wreaths. The window of the central axis of the elevation from ul. Targowa was underlined with a volute arch, which is characteristic of Art Nouveau art. As already mentioned, the decorations are dominated by floral motifs, primarily margaret and unstable stems, which also characterizes the Art Nouveau. Identical balconies with railings are made of metal rods, but have few original, original elements.

What’s so amazing about the spiral staircase at ul. Kłopotowskiego 38?

Let’s go inside the tenement house. In the staircase, from ul. Targowa, there are Art Nouveau doors and an original terracotta checkerboard floor. Further inside, there is a wide staircase with spiral stairs. The fan-shaped stairs are built around the soul on an elliptical plan. They are decorated with fanciful, twisting flowers with an openwork, flat quadruple. The whole is complemented by the meander motif that is at the base of the balustrade. The steps are lined with linoleum and the landings with grooved ceramic tiles. A beautiful staircase, amazing stairs and railings, doors and walls have been painted in a light green color.

Description and photos may not be enough to feel the atmosphere and beauty of this place. Therefore, we encourage you to visit this pearl of Prague architecture yourself, stand at the foot of the stairs and look up. You already know the address.

What else does this place hide?

The tenement house hides many intriguing creative spaces. Art studios with numerous artists are located on the last floor. The building also houses the 81 Step Gallery – a creative space associating artists. Exhibitions are organized in the gallery, as well as a creative space.

A movie about the 81 Degrees of Production Gallery Praga station is available on our channel https://youtube.com/stacjapraga 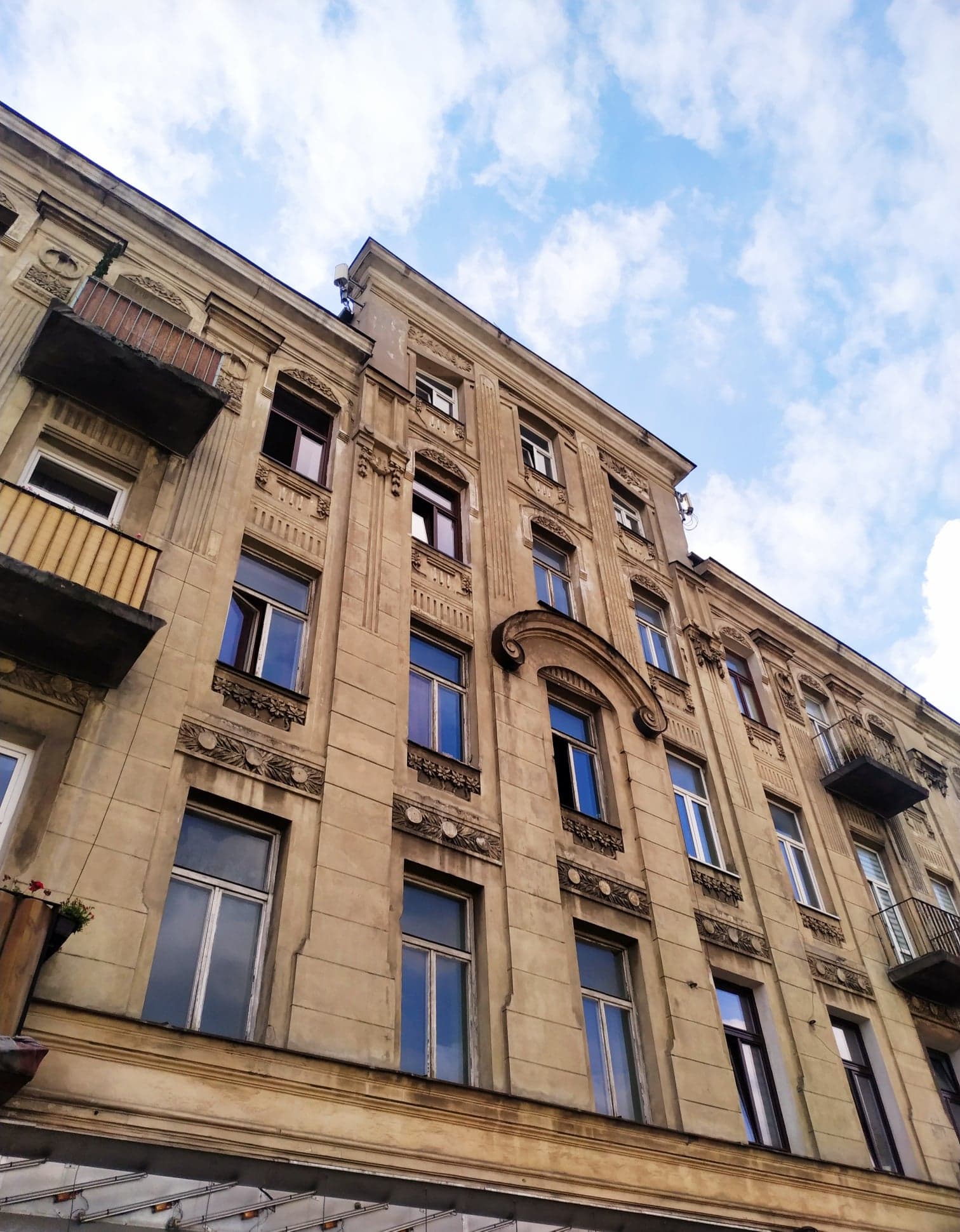 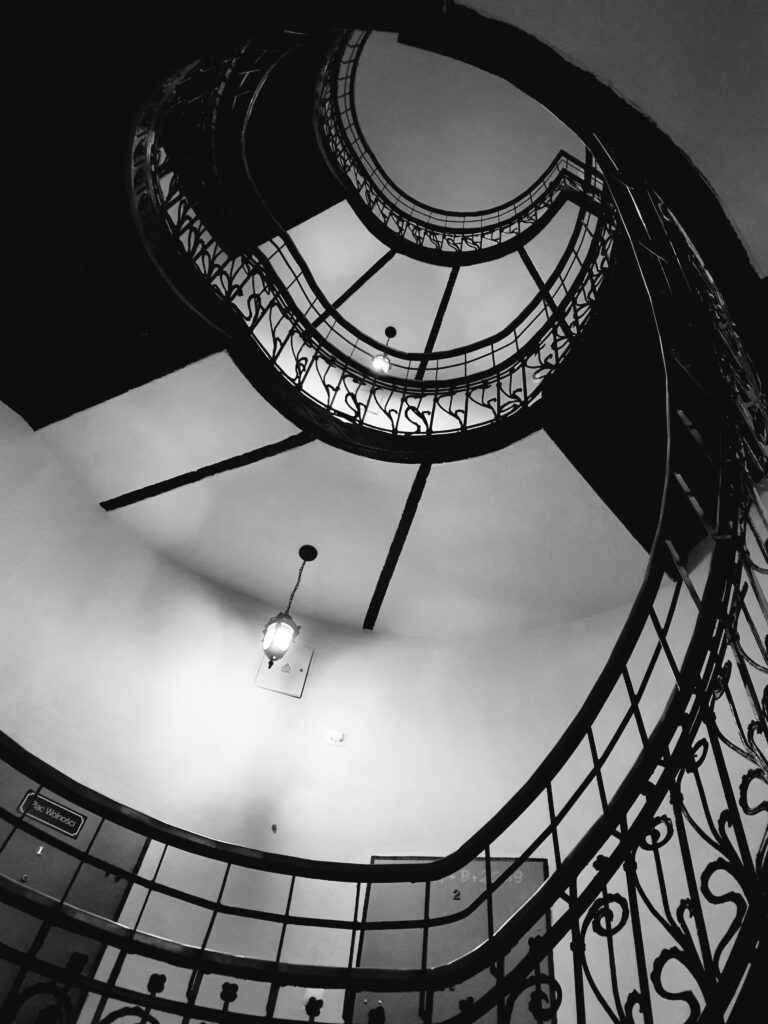 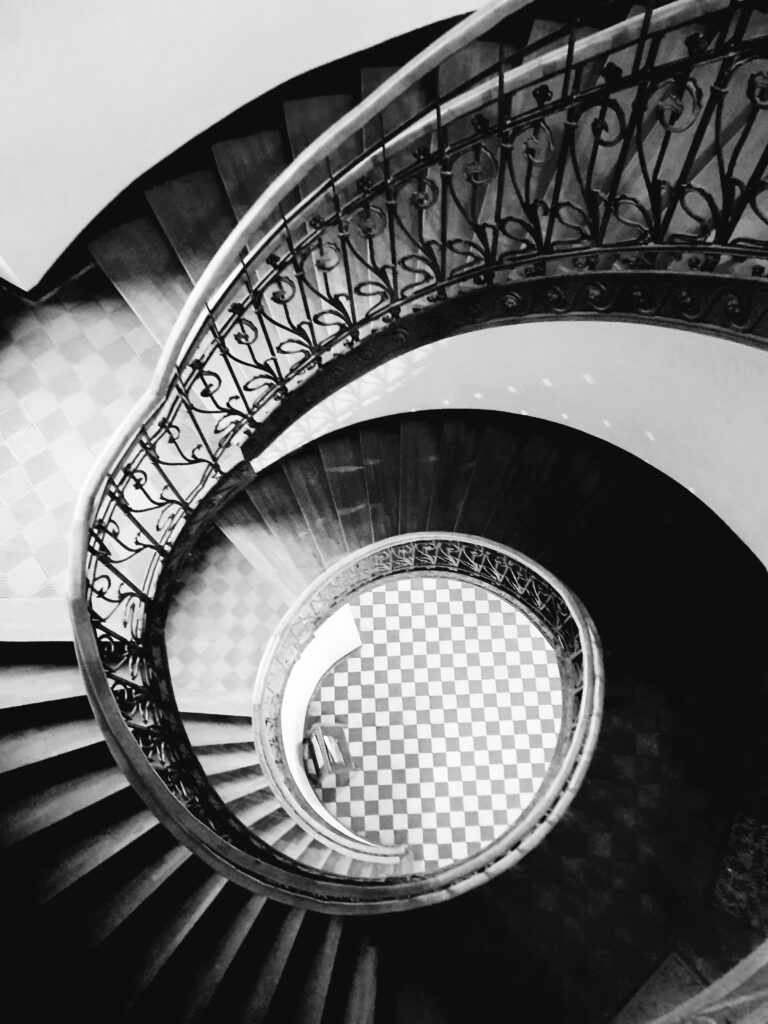 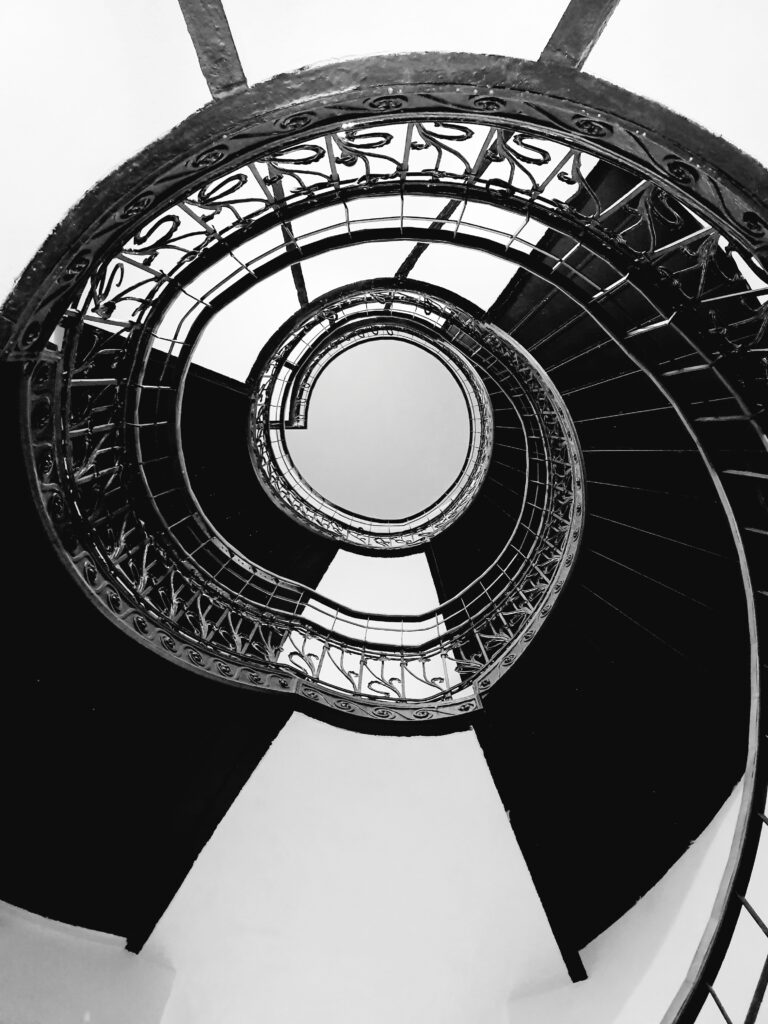 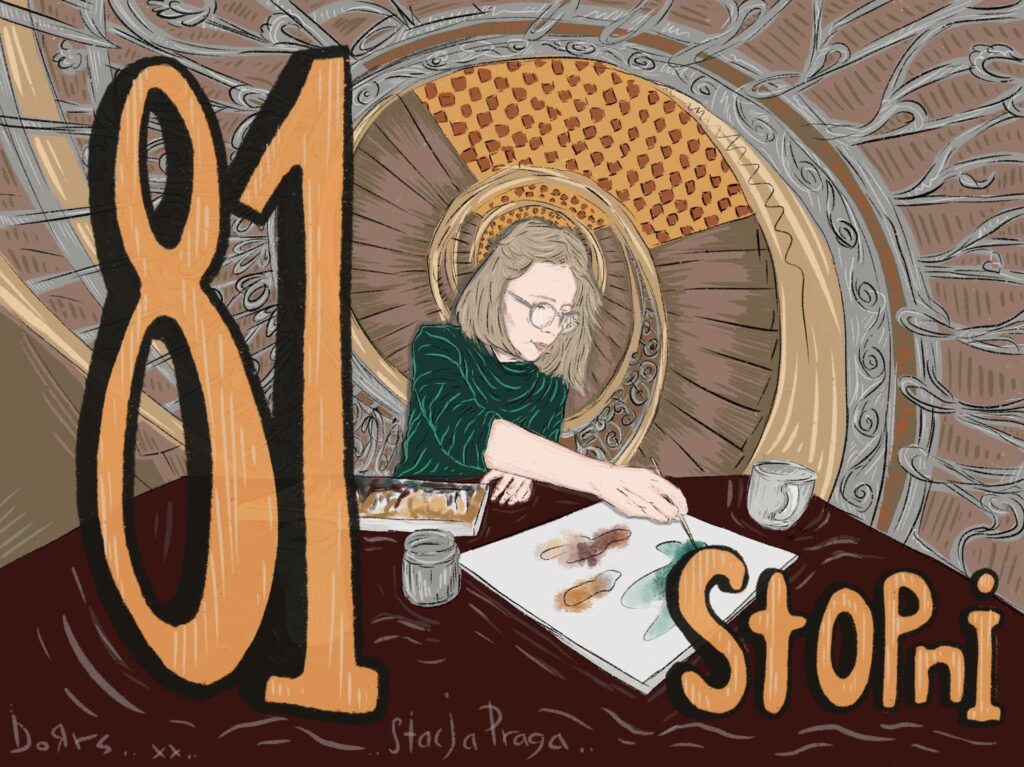 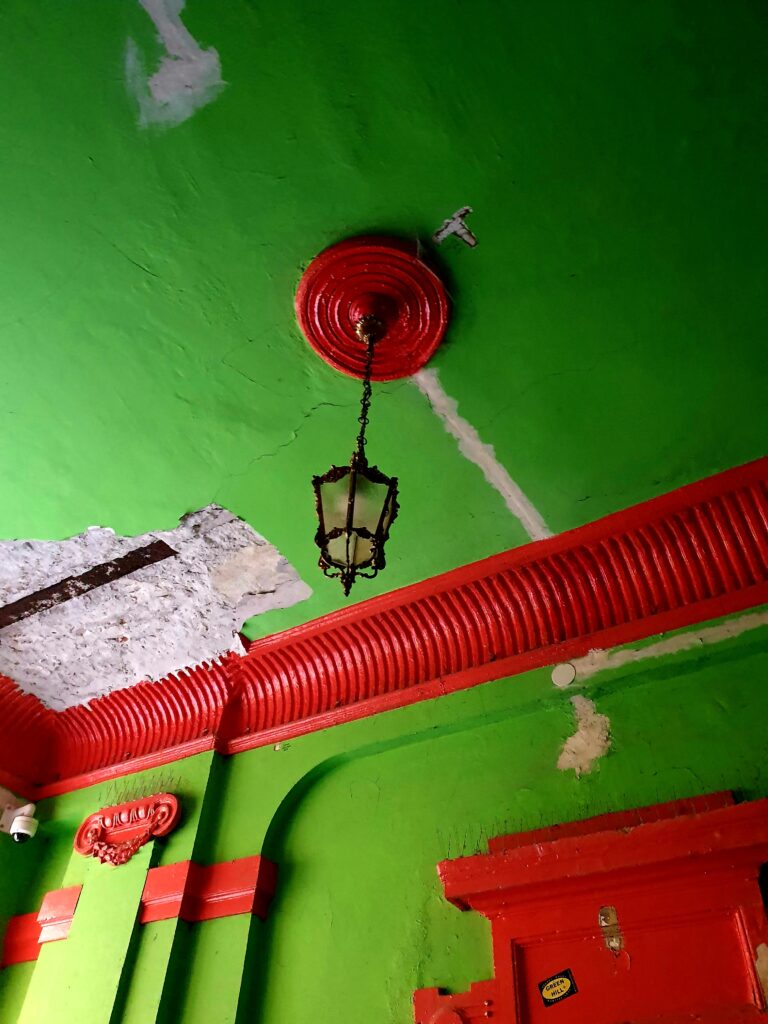 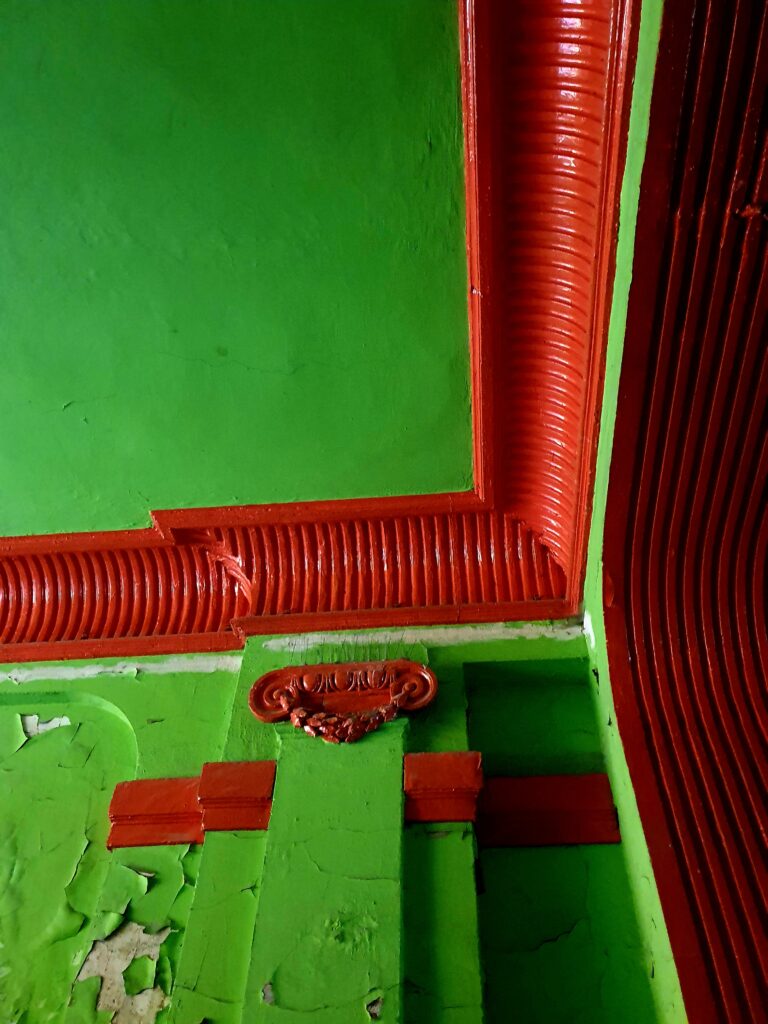