In 1895, Jan Helder bought an undeveloped property at 13 Wileńska Street. In the years 1899-1900, a three-story tenement house was built there, a north-east side outbuilding, a four-storey south-west outbuilding. and a one-story transverse outbuilding for production purposes, all of the same height.
In 1906, the owner bought the emphyteutic rent and became the rightful owner of the property. In March 1918, the tenement house was purchased by Stanisław Zaleski, and in April 1926, he sold half of the shares to a married couple, Aleksander and Maria Szadkowski. At the beginning of 1927, the remaining Zaleski’s shares were purchased by Józef Kempfi.
The building survived World War II and after 1945 it was decided to build a floor above the right part of the transverse wing. In 2007, the tenement house was officially nationalized.

From 1935, the Public Library was located at this address. The library was run by Janina Englert, who, fearing requisitioning, hid volumes of Polish books in the cellars of the houses. In 1942, it was ordered to close libraries throughout Warsaw and to pack and seal the books. However, Janina Englert did not seal the boxes, and additionally borrowed books. In November 1944, when Praga was under fire, Janina Englert opened the library.

The four-storey, two-bay front tenement house is situated in the frontage of a compact development. From the courtyard side it is connected with five-storey single-bay side outbuildings and a two-storey, transverse factory building. The whole creates one, closed yard. In the middle of the courtyard there is an elliptical square with a forged balustrade and a preserved cast iron column pump. The construction of all buildings is brick with wooden ceilings. What distinguishes these tenement houses is the size and number of rooms.
In 2016, the gateway was renovated, as well as the woodwork. In addition, the north-eastern staircase of the side outbuilding has been repainted. The remaining staircases are still very neglected, and additionally the courtyard facades are almost completely devoid of plaster.
Rosettes and repeating floral compositions are placed on the forged balustrade. The landings and mezzanines are made of ceramic tiles with a border. The stairs are lined with white marble. The half landing and the attic landing are made of boards. It is worth noting that the windows have original woodwork. The double-leaf door decorated with a garland held up by a pair of cupids also attracts attention.
The decoration of the front elevation was made of stucco, which makes the tenement house unique and extremely important for the architecture of Praga. 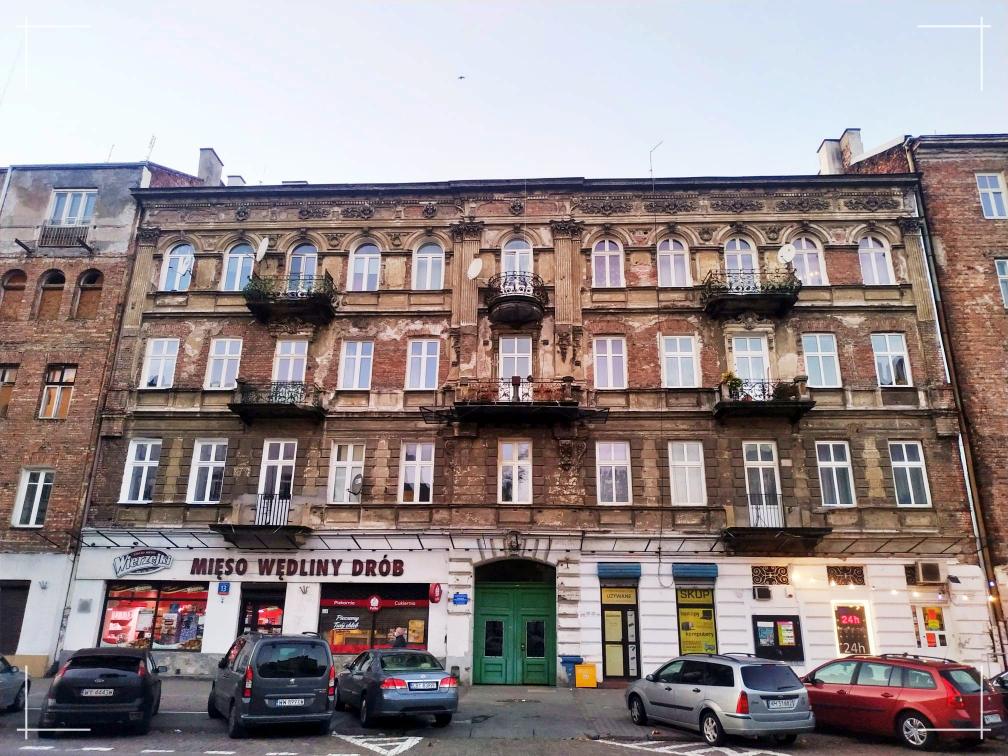 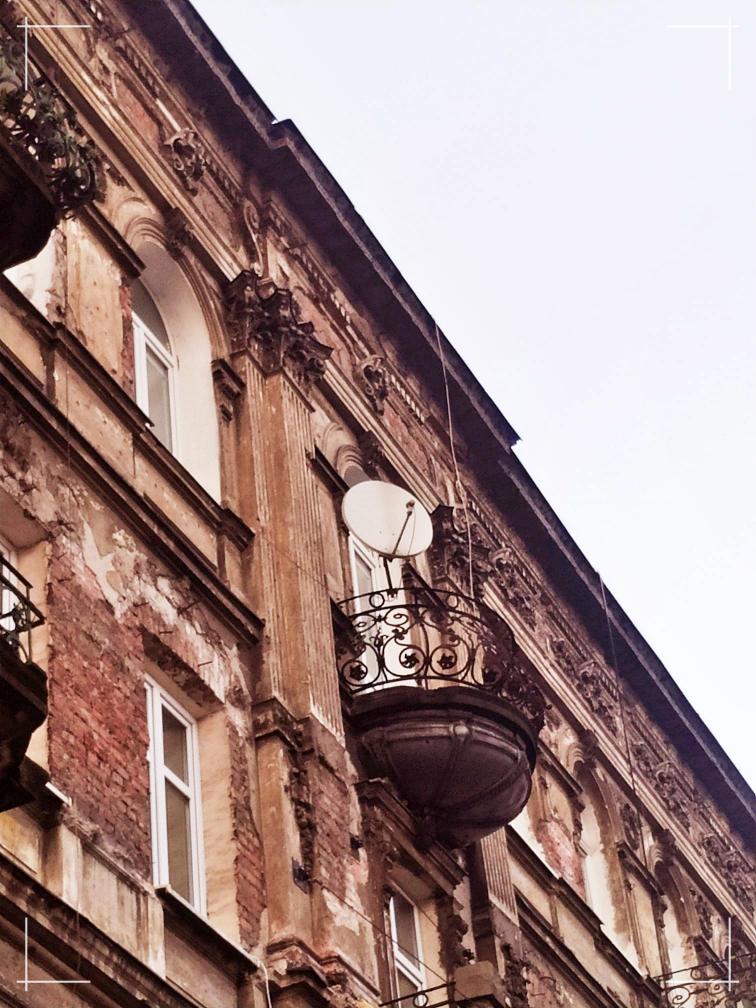 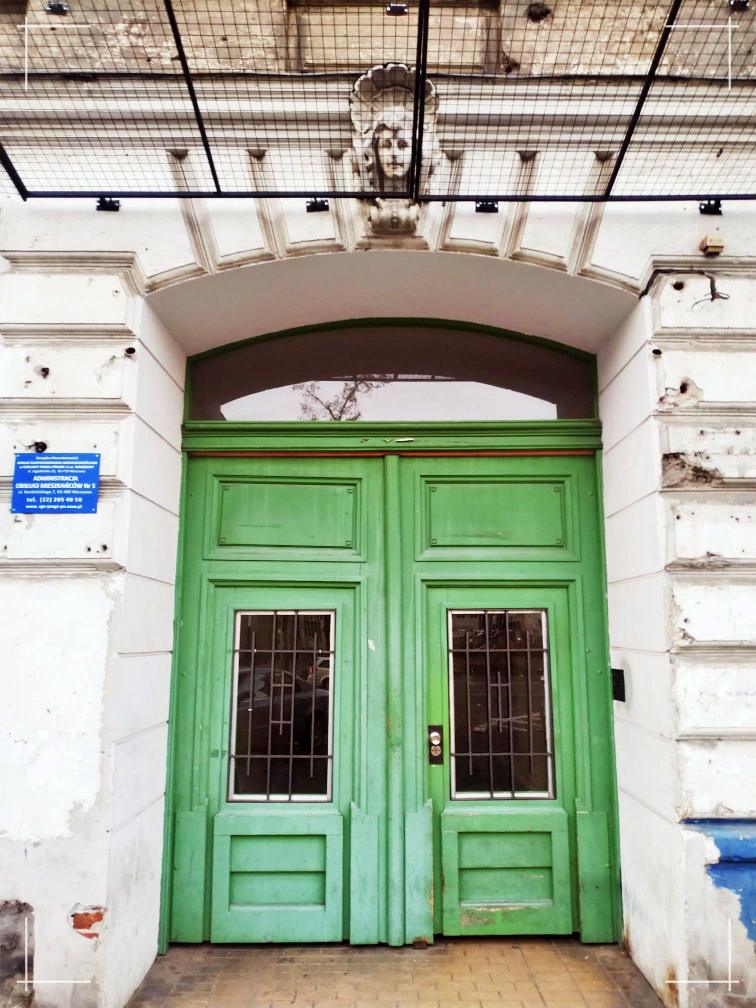 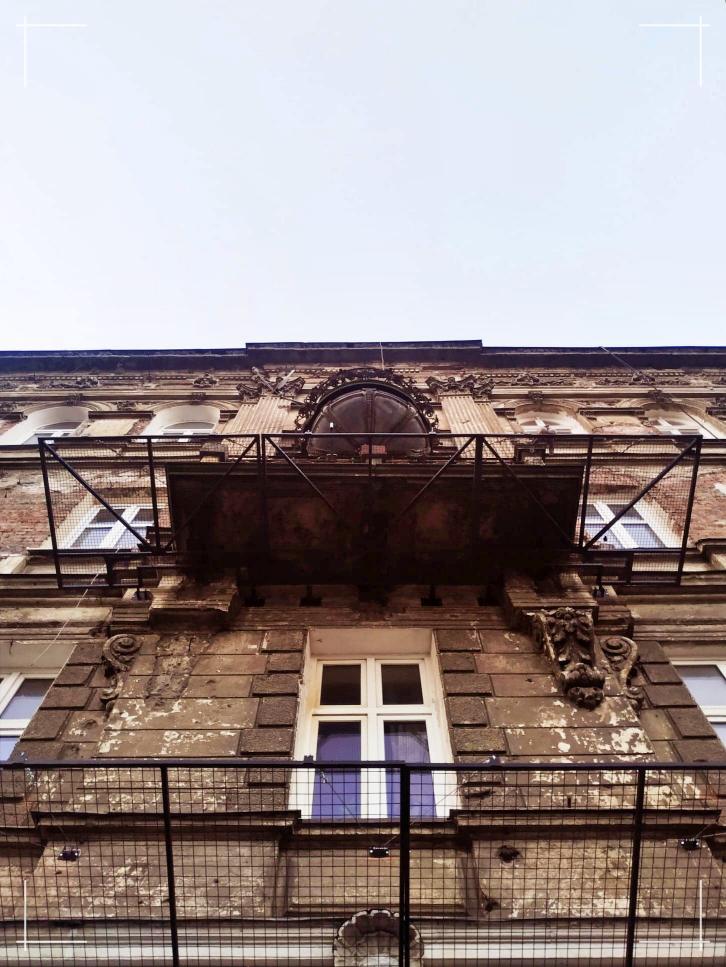