The most beautiful church in Poland

“La piú bella chiesa in Polonia” – The most beautiful church in Poland. This is what Pope Pius XI said about the Basilica of the Sacred Heart of Jesus in 1921.

The aforementioned church was built in the years 1907–1923 according to a design by Łukasz Wolski. The founder of the church was Michał Piotr Radziwiłł, but the initiator of the construction was his wife Maria from Kieżgajłłów-Zawiszów Radziwiłł. On June 30, 1904, the Duchess received a blessing from Pope Pius X for the construction of the basilica. And the handwritten document is still kept in the archives of the parish. The first stage of construction works lasted until 1914, when World War I broke out. Construction was resumed in 1919 under the supervision of Hugo Kuder and continued throughout the interwar period.
Princess Maria’s wish was that the temple would also be an educational center for children and adolescents. However, it turned out to be possible only after the death of the duchess. She bequeathed in her will all the property, including the basilica, to Cardinal August Hlond. The Primate resigned from the donation to Cardinal Kakowski, who in 1931 transferred the parish and the basilica along with all the property to the Salesians for eternity.

The building was modeled after the Roman basilica of St. Paul Outside the Walls. However, the similarity only applies to the interior of the building, which resembles typical early Christian basilicas. Łukasz Wolski gave the basilica the form of historicising modernism and a classicist facade. The building consists of two storeys and is preceded by a ten-column portico set on a tall stylobate that conceals a huge lower church that can seat 10,000 people.
They were originally made for the Basilica of St. Paul Outside the Walls, and we are talking about 24 columns made of Italian granite. A five-storey tower, designed before the war, adjoins the side facade of the church. However, it was built only in 1998–1999. A bell cast in Gdańsk in the 18th century, donated by Maria Radziwiłł, was placed on the tower. The interior design is the work of many painters, incl. the main nave with paintings in the plafonds and the stations of the Way of the Cross was made by the Oźmin family, the chancel was designed by prof. St. Marzyński, and the wall paintings in the presbytery were made by the Salesian painter O. Kiljan. The polychrome of the chapel of the Blessed Sacrament and chapels at the presbytery was made by Art. mai. Molga. During World War II, the basilica was not damaged. However, in 1965 it was entered in the register of monuments. 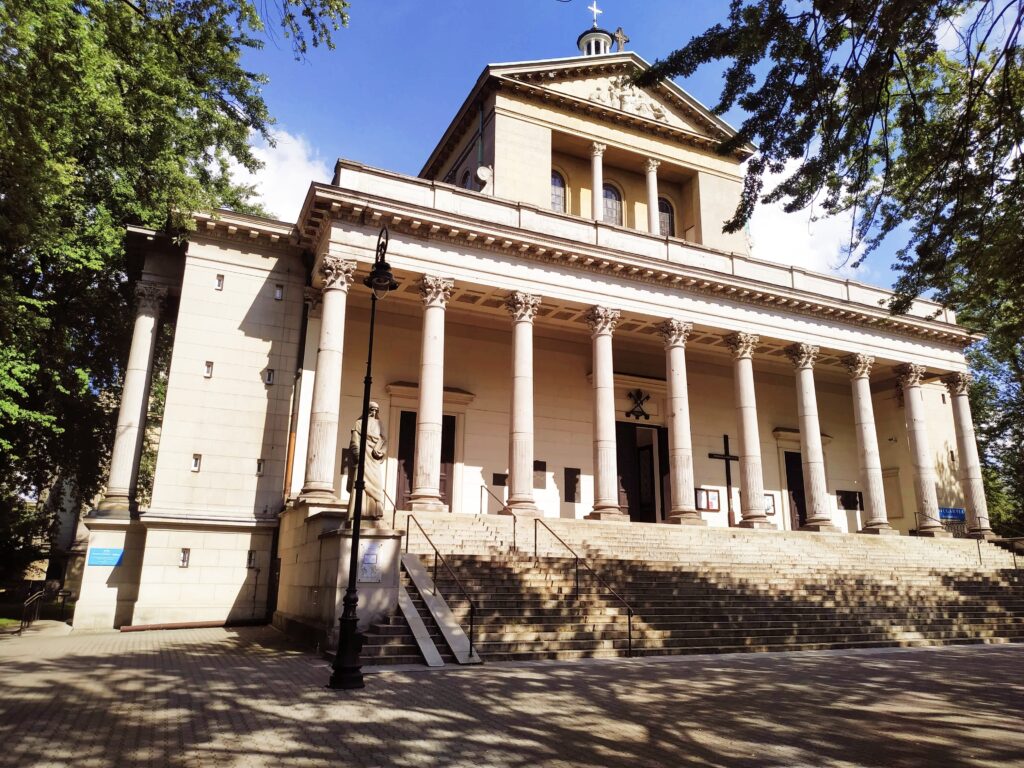 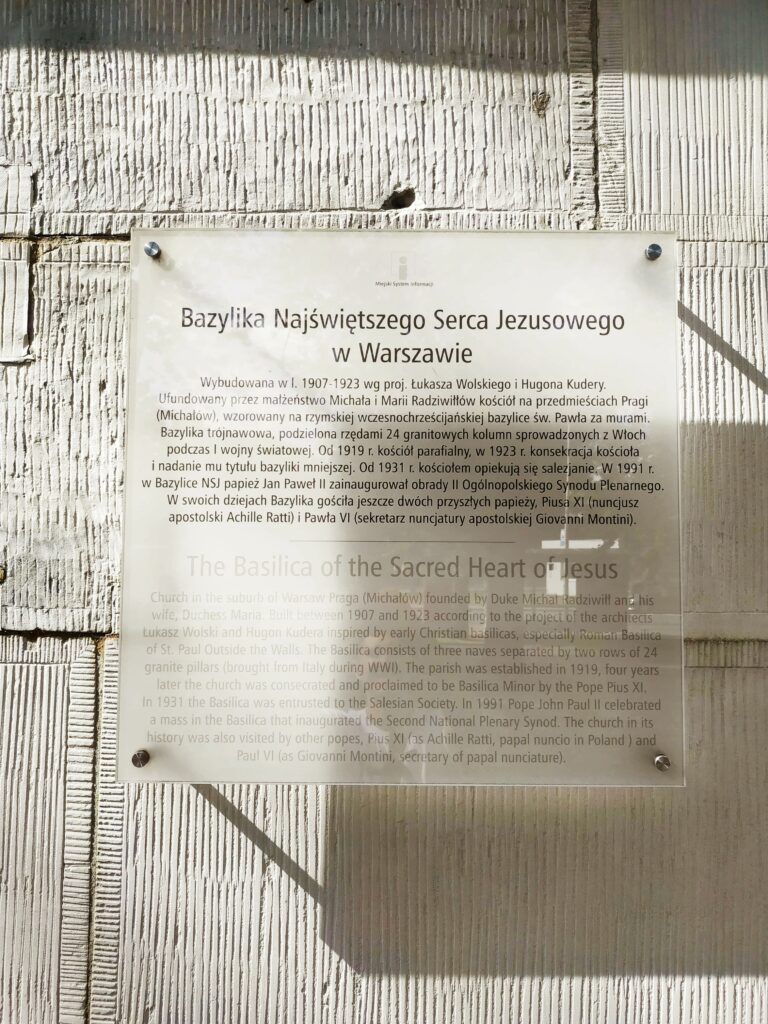