The revitalization and partial reconstruction of the historic watchtower began in 2008. The historic façades and the observation tower were reconstructed and the ceilings and the roof structure were replaced. The former smithy and stables pavilion was also rebuilt, where old fire engines were gathered, including a replica of a horse-drawn snow gun from the turn of the 19th and 20th centuries, a 1922 Chevrolet car, post-war Star 21 and Star 25 cars and a ladder on a Magirus Deutz truck chassis.
The seat of the Prague branch of the Warsaw Fire Brigade serves its purpose to this day. Currently, it is called: Rescue and Fire Fighting Unit No. 5. It is the oldest building in Warsaw built for the needs of the fire brigade. 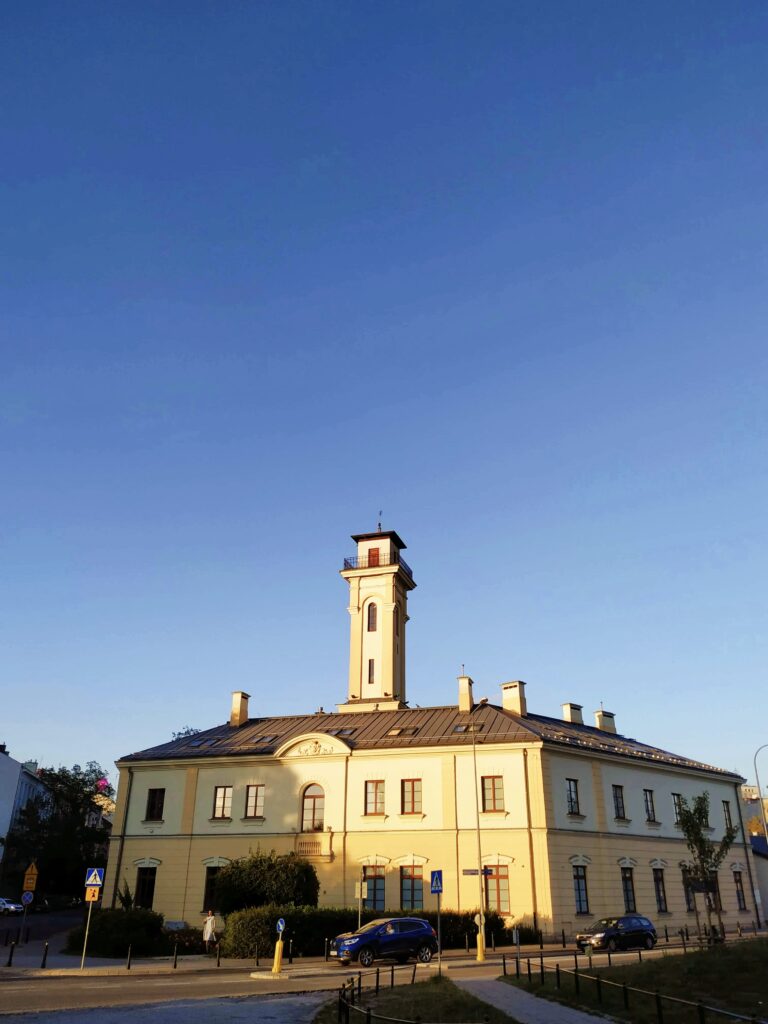 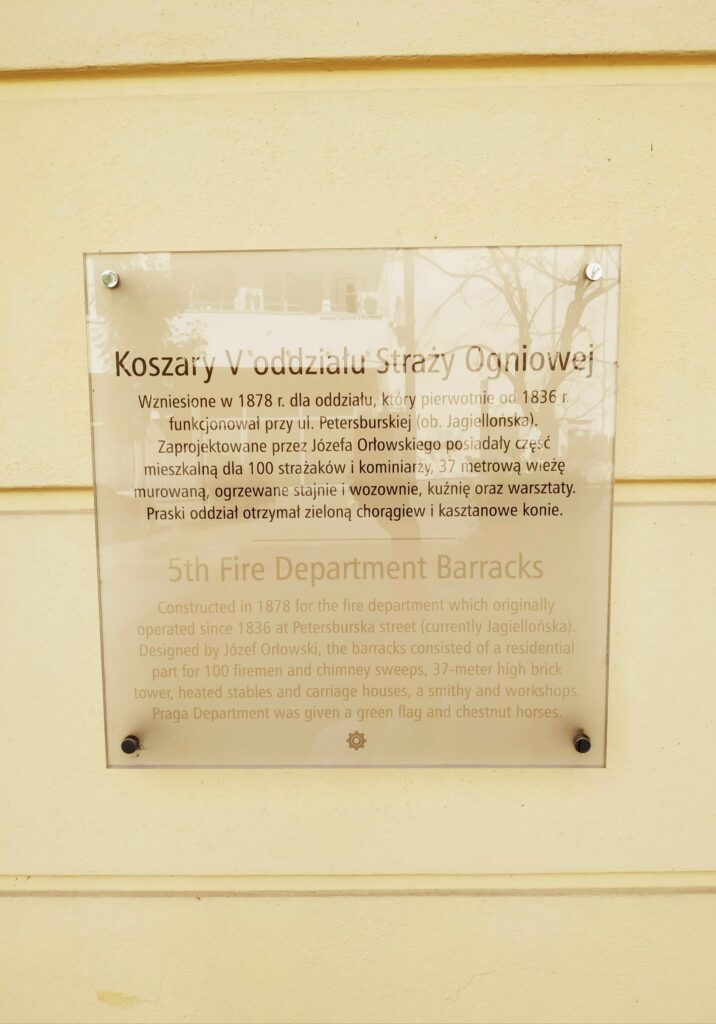 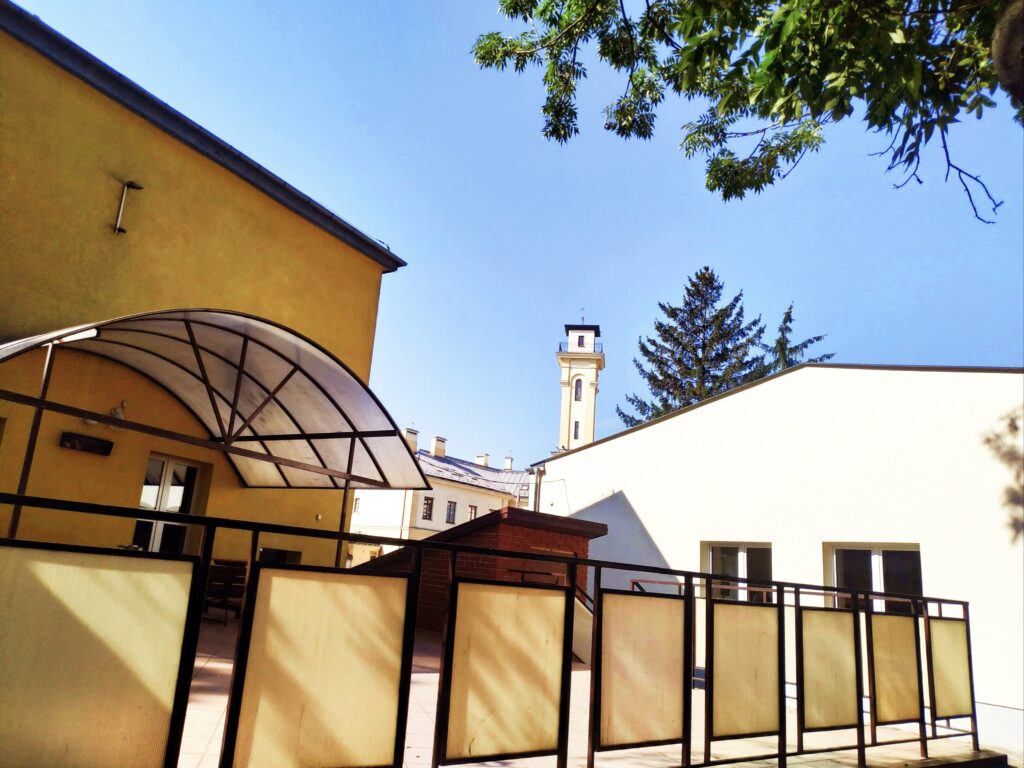 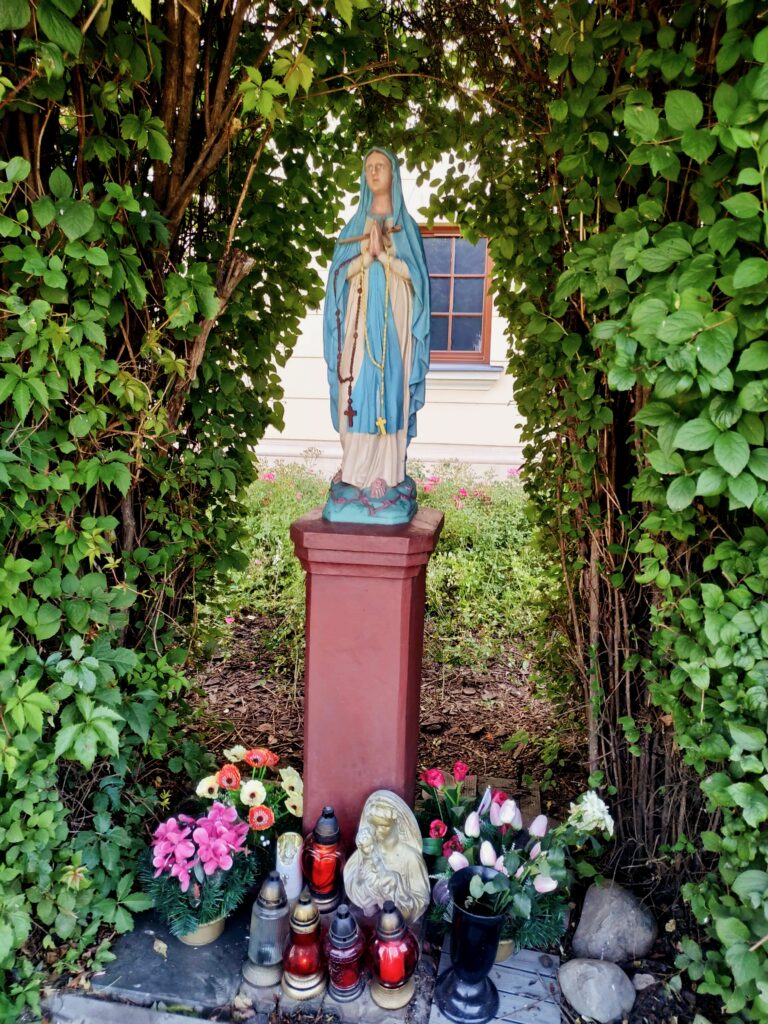 Basilica of the Sacred Heart of Jesus at Kawęczyńska 53 Street